Experienced business executives and veteran funeral home owners lead the Foundation Partners team, bringing their years of experience to the table. They combine their business expertise and innovative vision to help their Partners and Team Members navigate through the challenging waters of the changing funeral industry. Their invaluable insight and compassionate approach propels our Partners and Team Members to success as they care for Families across the country. 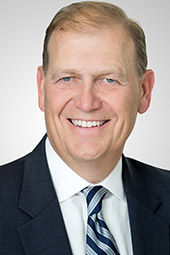 Bob graduated from DePaul University with an MBA in Finance. During his 7-year tenure at Knightsbridge, he helped the company grow from 55 employees, to a 700-employee industry leader with $140M in revenue. He served as the CFO of Worldwide Consulting & Integration for Hewlett Packard, where he consolidated the company’s global consulting operations. He then served as the Vice President-Finance for EDS-Americans, a division of Hewlett Packard. Prior to joining Foundation Partners in 2012, Bob was Chief Financial & Administrative Officer for Geomentum Inc. (an Interpublic Group agency). Bob focused on strengthening the financial and administrative disciplines of all related businesses in addition to spearheading an industry-leading joint venture with a competitor organization and leading the integration of acquired agencies into the holding company. Bob brings to his role over 30 years of financial and managerial expertise backed by stellar results. 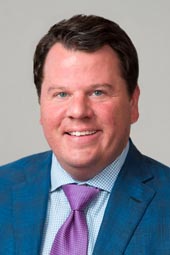 Thomas graduated from DePauw University with a degree in Economics and has an MBA in Strategy, Management and Organizations, and Finance from the Kellogg Graduate School of Business at Northwestern University.  Thomas was most recently Corporate Chief Growth Officer, and President Managed Services Growth at Student Transportation of America (STA).  While at STA, he provided the vision, strategy and execution around launching and running a fully integrated high-growth services business focused on innovation, market disruption and client success across existing and new end-markets.  He was also a key leader across STA’s key corporate initiatives, including M&A, capital markets.  Prior to STA, he spent a career in investment banking, and was Sector Head for Transportation and Logistics at BMO Capital Markets, where he held various positions since 2007.  He was active in helping his clients create significant value through organic and acquisitive growth, as well as successfully leading them through monetization processes and capital raising. 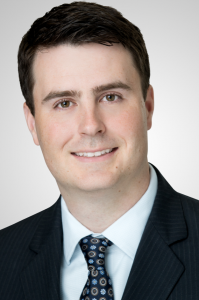 Mike graduated from the University of Notre Dame with a degree in Mathematics and has an MBA in Finance, Strategy and Operations from the University of Chicago Booth School of Business.  Mike first joined Foundation Partners in 2011 as Director of Strategic Planning and has held a number of different responsibilities across the organization, focused on improving profitability through strategy, marketing, operations and finance.  Mike currently serves as SVP Operations Finance.   Prior to Foundation Partners, Mike was a consultant with Mercer in their Retirement, Risk and Finance Practice.  From late 2014 through early 2017, Mike served as SVP Ecommerce and Analytics at HomeTeam Marketing where he led the creation of the technology solutions business line and oversaw the company’s analytics strategy. 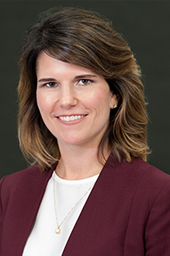 Erin graduated from Georgia Tech University with a Chemical Engineering degree followed by an International MBA from the University of South Carolina. She began her career as a chemical engineer at Kodak but came back to her family’s funeral home and became a third generation licensed funeral director and embalmer. Taking what she learned from her family’s firm, Erin left to work as a consultant with The Foresight Company to help funeral homes and cemeteries across the country set and achieve their business goals.

Erin currently serves on the CANA Board of Directors and formerly served on the South Carolina Funeral Directors Association Board of Directors, the NFDA Public Relations Committee, and the Piedmont Technical College School of Funeral Service Advisory Board. She is a Certified Funeral Service Practitioner, Certified Preplanning Consultant and holds a Black Belt in Six Sigma methodology. 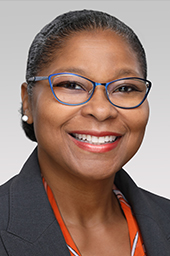 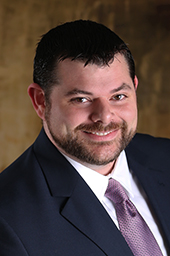 Andrew is a graduate of the Funeral Service program at St. Petersburg College and began his career at Hiers-Baxley Funeral Services in Ocala, Florida. In early 2009, he was promoted to the position of Director of Operations for five locations, and upon Hiers-Baxley joining Foundation Partners in 2012, Andrew took on the role of Area Vice president for the Southeast Region overseeing operations in eight states. In 2018, Andrew accepted his current position of Chief Customer Officer where he leads all field operations, operational strategy, sales, and customer experience activities across the company.

In November 2011, Andrew was appointed to the Florida Board of Funeral, Cemetery, and Consumer Services where he will serve through September 30, 2019. Andrew is the former chairman of the Board of Directors for the Marion County YMCA as well as the Executive Board Chairman. 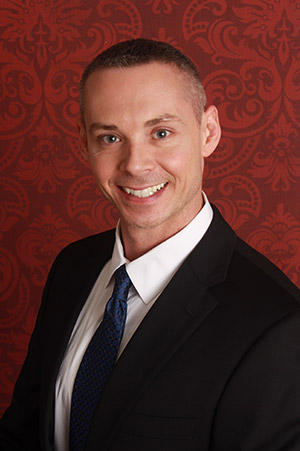 Richard graduated with Honors from Florida State University with a BS in Accounting. He joined Foundation Partners at its inception in 2010 when it was created by an asset sale due to the merger of Keystone North America (KNA) and Service Corporation Inc (SCI). As KNA’s Corporate Controller, Richard led the accounting conversion project between the two companies and went on to become Foundation Partners’ first Chief Accounting Officer. In this role, he oversaw both internal and external financial reporting, internal controls, risk management and both treasury & equity sponsor relationships. Richard then served as VP of FP&A leading Foundation Partners’ merger and acquisition strategy and all financial, planning, and analysis functions. Richard is a Certified Public Accountant in Florida and is a member of the American Institute of Certified Public Accountants and Florida Institute of Certified Public Accountants. 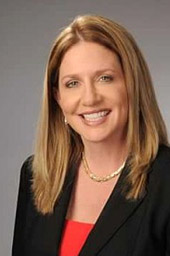 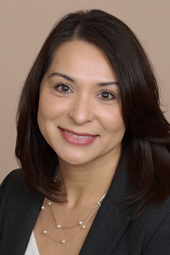 Marie has more than 20-years of experience in the funeral services industry progressing from accounting and corporate training roles to general manager at Service Corporation International (SCI). In 2016, she was recruited to the Chief Operations Officer position at OM Stone, a national monument company. Marie joined Foundation Partners in 2017 as a Market Leader responsible for managing their 5 businesses in Portland, Oregon. Marie has been a Certified Funeral Celebrant for nearly a decade and continues to share her passion for helping families create unique expressive ceremonies that honor the life story of their loved one. Marie holds a bachelor’s degree in business administration with a human resources minor from Warner Pacific College. She was a member of the State of Oregon Mortuary and Cemetery Board from 2015 to 2016 and served on the Metro Cemetery Advisory Committee from 2014 to 2019. She was also appointed to be a board member for the Cemetery Association of Oregon (CAO) in May 2019. Marie’s strong operational and leadership background, along with her passion for creating meaningful experiences, provides a perfect sounding board for evaluating and operationalizing innovative products and services at Foundation Partners.

A native of Amsterdam, New York, Pete has been in the funeral industry since the age of 16.  He is a graduate of the State University of New York at Canton and is recognized as a leading funeral professional, dedicating his life to serving others.  Pete serves on various committees within the New York State Funeral Directors Association and serves as the Chairman of the New York State Tribute Foundation. He was also a member of the Inaugural Class of the NYSFDA Leadership Academy in 2014.  An active community volunteer, he is a member of the board of directors and treasurer for the Montgomery County Office for Aging Foundation, President of the Amsterdam Rotary Club, Board Member of the Canajoharie Youth Center and a proud single dad.  His expertise in building brand recognition, fostering community relationships, and team building is what helps Foundation Partners continue a legacy of trusted service. 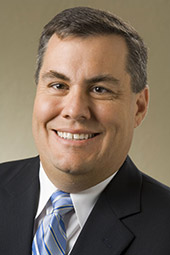 John is a third generation native of St. Petersburg, FL with roots dating back to the days when Spain controlled Florida. As a second-generation funeral director / embalmer, John grew up working alongside his father in the family funeral home, Anderson McQueen. Upon the death of his father in 1987, John, along with his siblings, took over running the family business. John graduated Valedictorian from Gupton-Jones College of Funeral Service and in 2010 became the President and CEO of Anderson McQueen upon buying out his siblings.  Under his leadership, the firm continued to grow into the largest family-owned funeral home in Florida with six funeral homes, a cemetery, an onsite private crematory and a pet cremation division.  John has been active in numerous professional associations on a state, national and international basis, serving in a variety of capacities from committee member to board member to president.  John is well-known throughout funeral service as an innovator, speaker and leader.  John’s expertise in brand segmentation, culture building and pet cremation is invaluable to Foundation Partners’ ongoing growth initiatives. 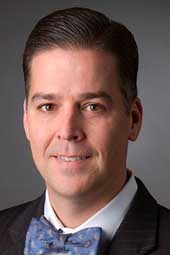 A native of South Carolina, Chad has over 20 years’experience in the funeral service industry. Chad began his career working in all aspects of funeral service, to include washing cars and setting tents prior to becoming a licensed funeral director-embalmer and CANA certified crematory operator. He joined Foundation Partners Group in 2012, where he currently serves as the Market Leader for the Columbia, SC market. In this capacity, Chad has operational oversight of five funeral homes and two cemeteries. Chad holds a bachelor's degree in business management from Western Governors University as well as an associate degree in funeral service from Piedmont Technical College. He also has earned the distinction of becoming a Certified Funeral Service Practitioner. Chad currently serves on the Advisory Board for MADD of South Carolina and is a member of the SCFDA. Chad’s priority is to exceed the expectations of each family served by providing exceptional funeral and cremation services that are truly unique to them. His leadership and operational experience, along with his passion for creating and building a strong positive culture, is invaluable to the continued growth of Foundation Partners Group. 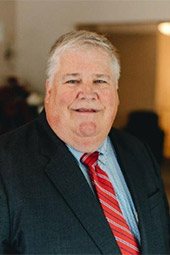 Kevin grew up in Minneapolis, Minnesota where his family established a funeral home in 1955. After attending the University of Minnesota, he became a licensed funeral director in 1981. Having lived above the funeral home until age 21, he became keenly aware of every aspect of operations, from car washing to marketing. In 1980, Kevin and his brother Mark traveled around the country looking at a variety of cremation businesses searching for a model they could  emulate back home. After learning all they could, they founded the Cremation Society of Minnesota (CSM) and a system of doing business that is still in place today. Kevin is currently leading CSM as Managing Director and is a past president of the Cremation Association of North America (CANA) & Funeral and Memorial Information Council (FAMIC). Kevin brings a wealth of experience and innovative ideas to Foundation Partners as well as a passion for growing cremation businesses. 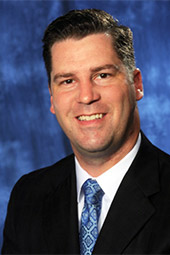 A native of West Virginia, Cole is a graduate of Alderson-Broaddus University and the Cincinnati College of Mortuary Science.  After starting his career as a funeral director at independent funeral homes in Ohio and West Virginia, Cole quickly moved to Service Corporation International (SCI) where he advanced from Managing Funeral Director to Corporate Trainer to Senior Area Sales Director covering four states. Throughout his career Cole has held a variety of leadership positions in both at need and preneed sales, as well as cemetery sales. Cole is the former chair of the West Virginia Funeral Directors Association PAC and was on the board of the West Virginia Cemetery and Funeral Home Association. His strong background in sales and sales training, along with his deep understanding of preneed marketing, will help Foundation Partners successfully integrate innovative products and services into field operations.